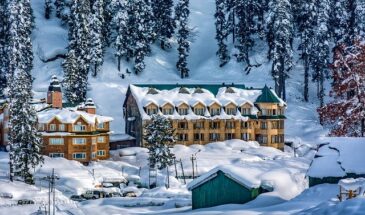 Arrive at Srinagar airport, meeting and assistance by our driver followed by transfer to hotel.

SRINAGAR: capital city of Jammu & Kashmir is situated at an altitude of 1, 730 m. In the heart of the Kashmir valley, Srinagar spreads out on both sides of the Jhelum River. The valley's beauty has enticed visitors from distant lands. Srinagar bears the hallmark of the Mughal, dry fruits and the traditional Kashmiri handicrafts are the other major attractions of the hill resort. If there is a heaven on earth, it's here, it's here, it's here in Srinagar.

Shalimar Garden known as ‘Garden of love’ built in 16th century (1619) by Mughal King Jahangir for his beloved wife Noor Jahan or (Mehr-un-Nissa).. The garden is considered the high point of Mughal horticulture. It is now a public park. This time it's also called as crown of Srinagar.

Chashmashahi. The Chashma Shahi Mughal gardens in Srinagar have been loved by emperors and picnickers alike, and have now been restored to their past glory - despite violent political unrest in the region also visit Indira Gandhi Memorial Tulip garden, previously Model Floriculture Center, is a tulip garden in Srinagar, India. It is the largest tulip garden in Asia spread over an area of about 30 hectares. It is situated on the foothills of Zabarwan Range with an overview of Dal Lake. The garden was opened in 2007 with the aim to boost floriculture and tourism in Kashmir Valley.

Later enjoy your Shikara ride for 01 Hour in famous Lake to enjoy the beauty that God has graced this city, which is often compared to Venice. You will get a lovely view of some interesting places around the lake.

After breakfast transfer from Srinagar to Gulmarg for day trip. Once reached at Gulmarg our vehicle will drop the guest at parking area in Gulmarg then no vehicle is allowed for local Running in Gulmarg,

Gulmarg is (8700 ft i.e. 2652 mts) known as ‘Meadow of flowers Discovered by the Kashmiri romantic poet in the 16th century who was inspired with its grassy slopes covered with wild flowers. It is one of the India’s premier Hill resorts. Gulmarg today is not merely a mountain resort of exceptional beauty – It also turns into India’s premier Ski resort in winter. The Gondola Cable Car offers rides to the upland meadows of Kongdori and beyond to the top of Apharwat range to a height of 14000 ft for viewing the Himalayan Peaks in summer and for downhill skiing in winter. After reaching at Gulmarg guest can else can go out for a walk or Hire Pony/ Atv cars/ Cable Car Ride I & II Phase etc. (Direct cost basis)

After breakfast transfer from Srinagar to Pahalgam for day trip. on the way Guest can visit Cricket Bat Factories, Saffron Fields. Once reaching at Pahalgam our vehicle is only allowed for local running in Market not for Sightseeing in Pahalgam.

Guest can visit Aru, Chandanwari & Betaab valley by local Vehicle hiring from Registered Tourist Taxi Stands OR else can do Sightseeing of Baisaran, Dabiyan, Kashmir valley, Water Fall, Pahalgam Valley, Kanimarg on Pony hiring from Pony stands (Direct Cost basis). Chandanwari. is situated 16 km from Pahalgam, is the starting point of the Amarnath Yatra, which takes place every year in the month of Sawan (Rain).The road to Chandanwari is beautiful and enjoyable. The valley is of average nature. However people can see the Beautiful starting point of great Amarnath Yatra. Betaab Valley is situated at a distance of 15 kilometres from Pahalgam. The valley got its name from the Sunny Deol-Amrita Singh hit debut film Betaab. The Valley is towards northeast of Pahalgam and falls between Pahalgam and Chandanwari and is en route Amarnath Temple Yatra. The valley surrounded by lush green meadows, snow clad mountains and covered with dense vegetation. Aru valley is located around 12 km from Pahalgam, 11 km upstream from the Lidder River. The Aru valley is noted for its scenic meadows. It is popular among the tourists for its peaceful environment and scenic beauty. The village is a base camp for trekkers to the Kolahoi Glacier, the Tarsar - Marsar lakes and the Katrinag valley. It is also a base for the treks to Lidderwat, the Vishansar-Kishansar lakes and Kangan. The Kolahoi is the largest glacier in the Kashmir Valley, and is located near Mt. Kolahoi (5425m), the highest peak in the Valley.

After breakfast full day Excursion to Sonamarg (2740 mts) also known as ‘The Meadow of Gold’ or “The Gateway of Ladakh’ Sonamarg is 87 Kms from Srinagar and is surrounded by colorful mountains and thick Pine forests. Once reaching at Sonamarg our vehicle will stop at Parking area from there the guest will Hire Pony/ Local vehicle for local sightseeing (Direct cost basis). In Sonamarg the Thajiwas Glacier is 3 kms in the south of Sonamarg main attraction. Slopes and meadows are sparkled with the loveliest of alpine flowers, while the rich forests of fir, sycamore and birch at their lush green beauty to the scene. Along with the Pahalgam, Sonamarg is an excellent takeoff point for treks into the mountains and in itself is an ideal camping ground where glaciers pour down from the Himalayas. Sonamarg is also the entry point for the famous Amarnath Cave, a holy site for Hindus via Baltal Valley.

After breakfast transfer from Srinagar to Airport to catch flight for onward destination with Sweet Holiday memories.

Be the first to review “Amazing Kashmir Valley” Cancel reply 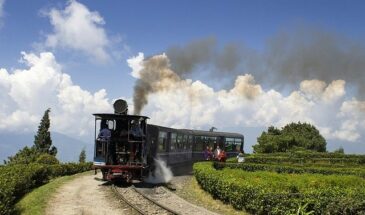 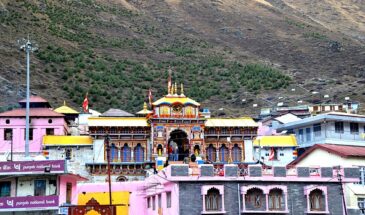 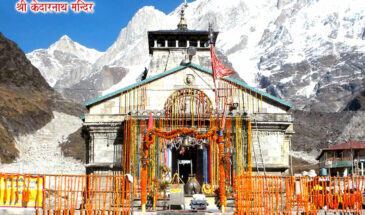