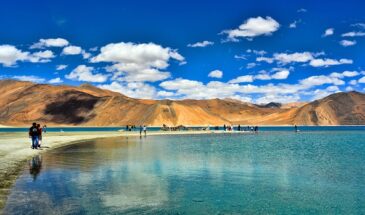 Arrival on Leh Airport you will be met our representative and followed by transfer to the Hotel. Welcome drink on arrival. We recommend you completely relax for the rest of the day to enable yourselves to acclimatize to the rarefied air at the high altitude.

Dinner and Overnight stay at hotel.

Shey – it was the ancient capital of Ladakh and even after Singge Namgyal built the more imposing palace at Leh, the kings continued to regard Shey, as their real home. The importance which was attached to Shey ‐ the seat of
Ladakhʹs heartland ‐ is attested by the enormous number of Chorten about the village, particularly around the palace complex and barren plain to the north of the road.

Thiksey –is one of the largest and most impressive Gompas. There are several temples in this Gompa containing images, stupas, and exquisite wall paintings. It also houses a two ‐ storied statue of Buddha which has the main prayer hall around its shoulder.

Hemis – which is dedicated to Padmasambhava, what a visitor can observes a series of scenes in which the lamas, robed in gowns of rich, brightly colored brocade and sporting masks sometimes bizarrely hideous, parade in solemn dance and mime around the huge flagpole in the center of the courtyard to the plaintive melody of the Shawn.

Shanti Stupa is a Buddhist white-domed stupa on a hilltop in Chanspa, Leh district, Ladakh, in the north Indian state of Jammu and Kashmir. It was built in 1991 by Japanese Buddhist Bhikshu, Gyomyo Nakamura and part of the Peace Pagoda mission.

Leh Palace is a former royal palace overlooking the Ladakhi Himalayan town of Leh. Modelled on the Potala Palace in Lhasa, Tibet, the palace was built by King Sengge Namgyal in the 17th century then visit Leh Temple & Walk back or Drive to Leh Bazaar.

After an early breakfast we leave for Pangong Lake through Changla pass 5486 Mtrs. The long easy ascent takes you to Changla pass through its winding roads passing through Sakti Village. Stop at the Changla Pass for a quick photograph session and drive down to the village of Tangtse, where you can relax for a cup of tea. Leaving Tangtse for Pangong you pass through few small villages of Changthang and finally you can have a sudden view of the Pangong Lake situated at 14,000 feet (4,267 m). This famous blue brackish Lake of Pangong is 5/6 Kms wide and over 133 Kms long with half of its running the other side of the "INDO CHINA BORDER". One rarely feels so close to nature and environment and the scenery is unforgettable.

Rest of the day free for independent activities.

Nubra Valley is popularly known as Lurma or the valley of flowers. It is situated in the north of Ladakh between the Karakoram and Ladakh ranges of the Himalayas. The average altitude of the valley is 10,000 Ft. above sea level.

Upon arrival in Nubra, check-in at Camp.

In the evening you can walk around the tiny villages to see how the locals live in this part of the world. A visit to a Ladakhi home can be arranged.

Overnight Stay at the Camp.

Morning after breakfast, proceed for drive for same day excursion to Turtuk Village.

Evening return to Nubra.
Overnight Stay at the Camp.

After an early breakfast we check out from the Camp and drive to Hunder where you have opportunity to ride on a bacterium camel (double humped) amidst the sand dunes of this high-altitude desert with snowcapped mountains on the horizon. Between Hunder and Diskit you come across sand dunes besides the road. Seen in isolation you could we’ll be amongst the sand dunes of the Thar Desert in Rajasthan.

It is indeed a strange sight as one side of the road are Rocky Mountains that characterize the Ladakhi landscape and in the distance can be seen snow-capped mountains. On the return stop at Diskit which is the headquarter town of Nubra Valley. Stroll around the bazaar observing the shops and local people going about their daily chores. Diskit is famous for 515 years old
Buddhist Monastery, lying magnificently situated on a hilltop, facing the entire Valley.

Continue drive to Leh via Khadungla Pass….
Upon arrival in Leh, check-in to the hotel.
Dinner and overnight stay at hotel.

Morning after breakfast, proceed for sightseeing of Leh again.

Magnet Hill is a "Cyclops hill" located near Leh in Ladakh, India. The layout of the area and surrounding slopes create the optical illusion of a hill. The hill road is a downhill road. Objects and cars on the hill road may appear to roll uphill in defiance of gravity when they are, in fact, rolling downhill.

Sangam - The Zanskar River is the first major tributary of the Indus River, equal or greater in volume than the main river, which flows entirely with Ladakh, India. It originates northeast of the Great Himalayan range and drains both the Himalayas and the Zanskar Range within the region of Zanskar.

Gurduwara Pathar Sahib - Located in the periphery of Leh, on the Leh-Kargil road, is the Gurudwara Pathar Sahib, which was constructed in memory and h onour of Guru Nanak. ... It is popularly believed that during 1515-18 when Guru Nanak was returning to Punjab via Srinagar, after travelling to Sikkim, Nepal, and Tibet, he had rested at this place.

Hal of Fame - Run by the Indian Army, this museum/war memorial houses weapons, history exhibits & a souvenir shop. Hall of Fame is a museum constructed by the Indian Army in memory of
the brave Indian soldiers who laid down their lives defending the motherland in the Indo-Pak wars. The Hall of Fame Museum is located on the Leh-Kargil Road, about 4km from the city of Leh. It stands as a reminder of the great sacrifices made by our soldiers to ensure the safety and security of our country.

Morning after breakfast at hotel followed by transfer to Airport for your onward flight connection.

Note: - The Extra food and other things. Cold drinks, soda, laundry, and mineral water other activities shall be charged on Ala-Carte and direct payment basis.

Be the first to review “The BeautY OF LEH” Cancel reply 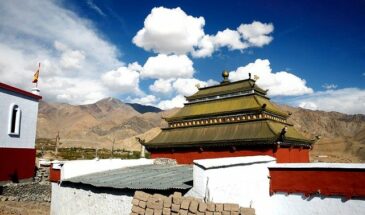 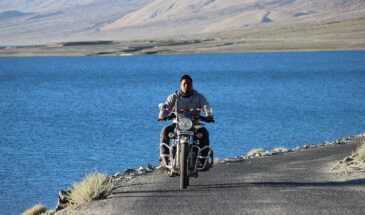